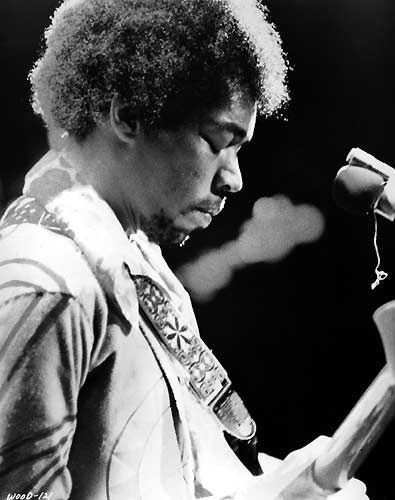 Jimi Hendrix was a massive fan of technology and exploited it like no other single musician before him. He was probably aware of computers but I’m sure never gave a thought to the intricacies of software development processes and the human dynamics at the heart of it. However, there is much we can take from Jimi’s example.

First and foremost Jimi dared to think differently and challenge the status quo. He built on what had gone before, most significantly the blues and rhythm and blues. More than that however, he understood the existing landscape intimately. He lived and breathed it, experienced it from inside and went on to master it. He then saw a new end-game, a new vision and broke the established rules to get there. He bypassed and surpassed all of his peers. While everyone else was busy copying each other and trying to outsmart and outdo each other, Jimi took his own path.

Focusing on what everyone else is doing in your community (whatever that is) and learning from their experiences is clearly a wise and valuable thing to do. It can not only provide knowledge yet- or never-to-be-gained, it also shines fresh light on your own experience. All well, good and proper. But let’s not stop there. Like Jimi, nurture the passion for the end product, in his case, making beautiful, timeless, awe-inspiring music. From the foundation of intimate knowledge of the existing best of breed methods, seek out the new paths, the ones that provide a quantum leap to deliver results like never before.