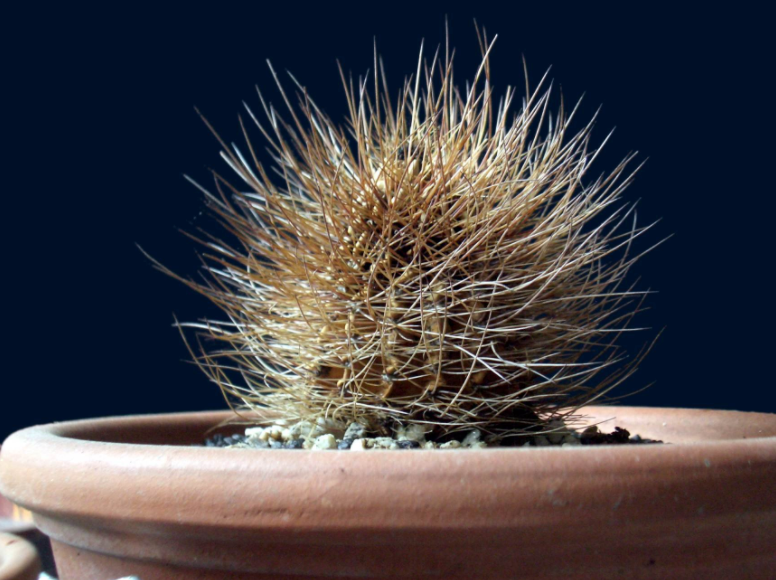 Metaphors help us to make sense of the world. Metaphors are also useful thinking and communication tools which we can use in business as well as our personal lives. However, metaphors can also form very potent and sticky “perspective traps”.

Consider the scenario described to me by Gary during a coaching session after attending a Zoom-Out workshop.

One Saturday morning on an unseasonably cold mid-March morning in London, Gary was staring out of his kitchen window when his attention turned to an earthenware pot containing a cactus on his window sill.  It struck Gary at that moment that the cactus had died due to neglect, “Just like my marriage”, he thought. This was poignant and relevant at that moment as Gary was in the midst of a challenging divorce. This perspective caused deep and painful emotions to arise for Gary in that instant. Emotions that stayed with him.

The cactus suddenly was a devastating summary of Gary’s marriage. His mind had Zoomed-In on the dead cactus and extrapolated meaning from it. A way of seeing his marriage in a neat and simple way, reduced to almost a single detail. His entire marriage. His entire marriage and his entire relationship with a person he once loved so dearly. A person that brought him the greatest highs of his life and the most profound and beautiful times in his life such as the birth of his three children. All reduced to this. A dead cactus.

From an outside and removed perspective, perhaps you can see how ridiculous this is? I call this an Extreme Zoom-In. One that is extreme in its extent but also extreme in that it is outrageously absurd and plainly laughable – to an outsider perspective at least.

But you can see how easily it was for Gary to grasp onto that image. To dwell on it and let it fill his perspective on his marriage. To become his only perspective on his marriage even. To view that dead cactus as some kind of perverse “trophy” there to remind him of the folly of his ways. He had even started to describe his marriage in that way to his friends “I neglected my marriage and it died”. And indeed, this was the way he described it to me in our coaching session. It had started to become his reality with respect to his marriage.

As a Zoomologist, I spotted this “perspective trap”. The dead cactus had become a metaphor for his marriage. Any marriage could never be reduced to such a one-dimensional construct. It’s just a trick of the mind. A random anomaly conjured up by his mind.  Connections firing in synapses between neurons. The visual cortex picking up the image of the cactus. Making connections with recent experience and self-image. Feeding the part of his mind that is always in search of meaning. Trying to make sense of the world through meaning.

Our coaching conversation went roughly as follows. (I refer to myself as Zoomologist or ZO for short.)

ZO (Zoomologist): “So in a sense, you saw the dead cactus as a metaphor for your marriage?”

ZO: “How long were you married?”

ZO: “What aspects of your marriage are NOT represented by the dead cactus?”

Gary: “Hmmm. Well, we had some incredible times. We used to get on great. Our wedding was amazing”.

Gary: “Of course, I’m blessed to have three wonderful children and our relationships are really good.”

Gary: “My wife did help me through some tough times and I’ve grown as a person with her help.”

ZO: “How accurate is the perspective of the dead cactus as a representation and metaphor for your marriage?”

As a result, Gary saw that this was an unhelpful perspective and not at all very accurate.  This made it easy see the metaphor for what it was and let go of it.

We went on to explore some Zoom-Out principles.

“Happiness is a choice of perspective” – Zoom-Out Principle

Seeing that you have a choice and not simply accepting and going along with your default perspective, or any perspective is a key influencer for happiness. In particular, recognising when we are Zoomed-In on something unhelpful.

All perspectives are wrong but some are helpful” – Zoom-Out Principle

Whatever perspective Gary could take on his marriage, it will be wrong. It will be distorted and incomplete. It will be based only on the memories and aspects of his marriage that he can hold in his head at one time (and this is extremely limited <REF> ). Any perspective will be distorted to the extreme by cognitive biases, imagination and emotions. A marriage is also, by definition, a union of two people. Therefore even if it were possible for someone to hold a complete and accurate perspective of a marriage, it could only be at most a 50% perspective on the marriage. For Gary, Zooming-Out and seeing the situation this way, taking a perspective on his perspective, made it easier to dismiss it and not buy into it. It was clearly an Extreme Zoom-In.

As the Zoom-Out Principle: “All perspectives are wrong but some are helpful” reminds us, focus on what is helpful. Is the perspective of “My marriage is a dead cactus” helpful to Gary, his ex-wife, his kids, to anyone? And since it is a ridiculous Extreme Zoom-In and ultimately flawed, only an insane person would hold onto such a perspective, right?

You may be wondering if we needed to replace such a Zoomed-In perspective with another one? In this case a more helpful metaphor perhaps? Well, sure, if it’s helpful. But another option is to just let go of that unhelpful perspective. Move on and direct your attention to something else. And in the longer-term, simply be comfortable with “not knowing”. Gary may never completely understand why his marriage broke down. Life is so incredibly complicated and messy. The chains of cause and effect are myriad and run deep. So Zooming-In on a single behaviour or event will not provide an answer. Being comfortable with not knowing and letting go is a powerful skill.  This is another reflection of the Zoom-Out Principle: “Doubt is power”. In this case the power comes from freedom. Freedom to move on and not get weighed down by trying to attach meaning to the past and provide all the answers.

Watch out for your own “Dead Cacti”.

Are you Zoomed-In on one of your own at present?