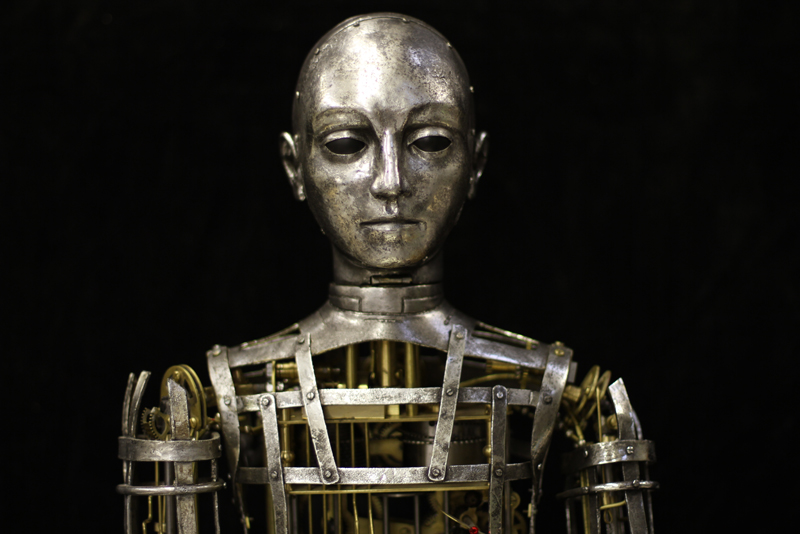 The Mysterious Case of Free Will

Free will has endured a long run of, well, freedom. Could that time be at an end? Yet again, free will has been summoned before the court. The prosecution has mounted a fresh case which they believe will, at long last, be decisive.

A sense of intense anticipation hangs in the air and all eyes are on the judge.

Judge: “We will now hear the opening statements”.

The Prosecution: “Thank you, your honour. We will categorically prove that free will is a con-merchant of the highest order. A confidence trickster! A master illusionist! You will hear expert testimony proving beyond a shadow of a doubt that we have no free will whatsoever and you are not even free to decide the outcome of this case.”

This statement provokes an uneasy tension in the courtroom, tinged with bewilderment at what this could all amount to for the judicial process itself and for everything.

The Defence: “The prosecution would have you believe that free will has deceived us all, perpetrating one of the greatest hoaxes in human history. That we are all automata controlled purely by the forces of cause and effect. That all of our decisions and actions are predetermined. We shall present the case for free will and show that you are actually free to conduct your lives and indeed free to choose a verdict in this case.”

The Judge: “Can I please remind everyone to stay calm in this highly emotive case and keep an open mind. The Prosecution, are you ready to present your case?”

The Prosecution: “Thank you, your honour. We call to the stand our first expert witness, Benjamin Libet”.

The Prosecution: “You are Benjamin Libet, a pioneering neuroscientist in the field of human consciousness?”

The Prosecution: “You and your team put free will to the test. Can you please explain what you did and what you concluded?”

Benjamin Libet: “Our aim was to determine if free will is what it appears to be or is actually a fraud. So we devised a simple test where subjects were asked to press one of two buttons. At the same time, they were asked to observe a clock and record the time at which they made the decision to press one button or the other.”

The Prosecution: “That seems straightforward and a fair test. What did you find?”

Benjamin Libet: “I should add that we connected the subjects to an EEG machine so we could monitor their brain activity. What we discovered was that the brain showed activity indicating a choice before the subject was consciously aware of that choice. The time gap ranged from half a second to five seconds. We gave this the name “readiness potential”. So this proved that even a simple choice such as selecting one of two buttons to press is not subject to free will. Therefore free will is purely a subjective illusion.”

The Prosecution: “Thank you Dr Libet. No further questions.”.

The Defence: “Dr Libet, isn’t it the case that the timings captured in your experiments were imprecise and subject to human error?”

The Defence: “No more questions your honour!”

The Prosecution: “We call to the stand Sam Harris”.

The Prosecution: “Thank you for being here. Can you confirm that you are Sam Harris the acclaimed author, philosopher, neuroscientist?”

The Prosecution: “Could you please share with the court your expert conclusions regarding free will?”

Sam Harris: “Certainly. I have no choice.”

Sam exposes a wry smile which does not land well on the judicial assembly.

Sam Harris: “Ahem, right. Well, I wrote a book on the subject in 2012. From all of my years studying neuroscience and the human condition, it is clear to me that thoughts and intentions emerge from background causes of which we are unaware and over which we exert no conscious control. I could demonstrate now with a simple experiment…”

The Prosecution: “Thank you but we do not have time for that right now. No more questions at this time.”

The Defense: “No questions your honour.”

The Judge: “We shall take a short recess at this point. We will continue at 2 pm promptly.”

During the recess, the Defense comes to a startling realisation and one which they believe guarantees the acquittal of the accused. They are eager to resume.

Back in the courtroom, the Defence approach the bench and discuss something with the Judge who’s facial expressions go through a series of dramatic landscape changes ending up in what might be described as furrows of ‘thought pain’.

The Judge: “Another recess is needed for me to consider the Defence’s position. Please assemble again at 2:30 pm.”

The hands of the courtroom clock move in the only direction they can while the neurons in the Judge’s brain fire in the only way they know how.  The court reconvenes.

The Judge: “Hmmm. This is most unorthodox but the Defence has asked to jump straight to their closing statement. So we are obliged to hear what they have to say”.

The Defence: “In this case, it is impossible for free will to be found guilty of fraud. On the one hand, if free will is found guilty this means that the guilty verdict was not by choice but predetermined by cause and effect alone, hence the trial is not valid and the case must be thrown out. If on the other hand, free will is found innocent, then free will goes free. In either case, free will must be cleared of all charges.”

The Judge: “I must admit the Defense’s logic is sound. Free will, therefore, you are free to go.  Case dismissed”.

And with that, we hear the final fall of the gavel for free will. Or is it?