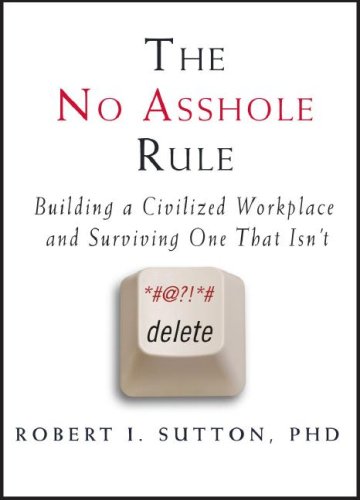 I believe in being compassionate and certainly do not believe in character assassination. I believe in sticking to the truth and giving people the benefit of the doubt. The moniker “asshole” can be considered as referring to a character trait. So it’s not the whole person but just one aspect of their personality and this may be fleeting or manifest itself more frequently. There’s also the question of was it intentional or just social ineptitude?  All of us have the potential to behave like an ‘asshole’ from time to time.

Book: “The No Asshole Rule” by Robert Sutton

In Robert Sutton’s classic book, he defines two criteria that test for the presence of an ‘asshole’:

I would actually say 1 can be enough but passing tests 1 & 2 often go hand in hand are are certainly not rare, shall we say. Bullies are often cowardly as well.

Their unpleasant behaviours were catalogued by Sutton as The Dirty Dozen: