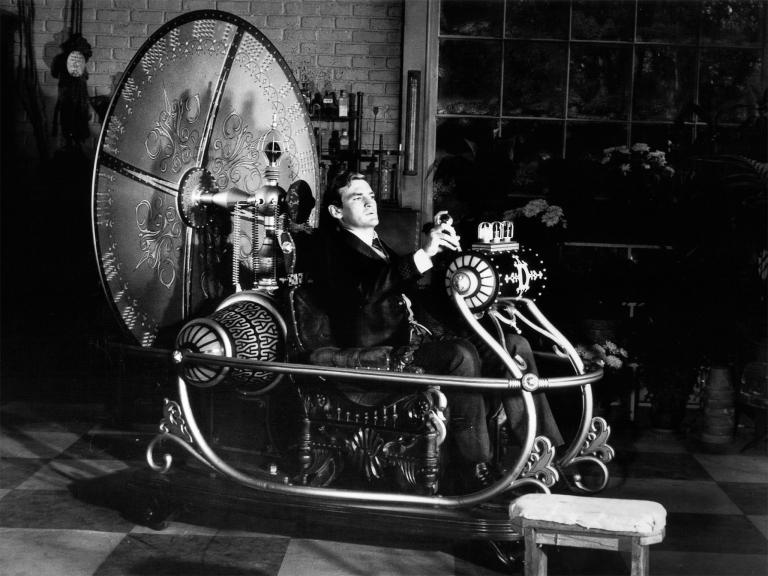 The Time Machine is a science fiction novel by H. G. Wells, published in 1895 and written as a frame narrative. The work is generally credited with the popularization of the concept of time travel by using a vehicle that allows an operator to travel purposely and selectively forwards or backwards in time. The term “time machine”, coined by Wells, is now almost universally used to refer to such a vehicle.

The Time Machine has been adapted into three feature films of the same name, as well as two television versions, and a large number of comic book adaptations. It has also indirectly inspired many more works of fiction in many media productions.